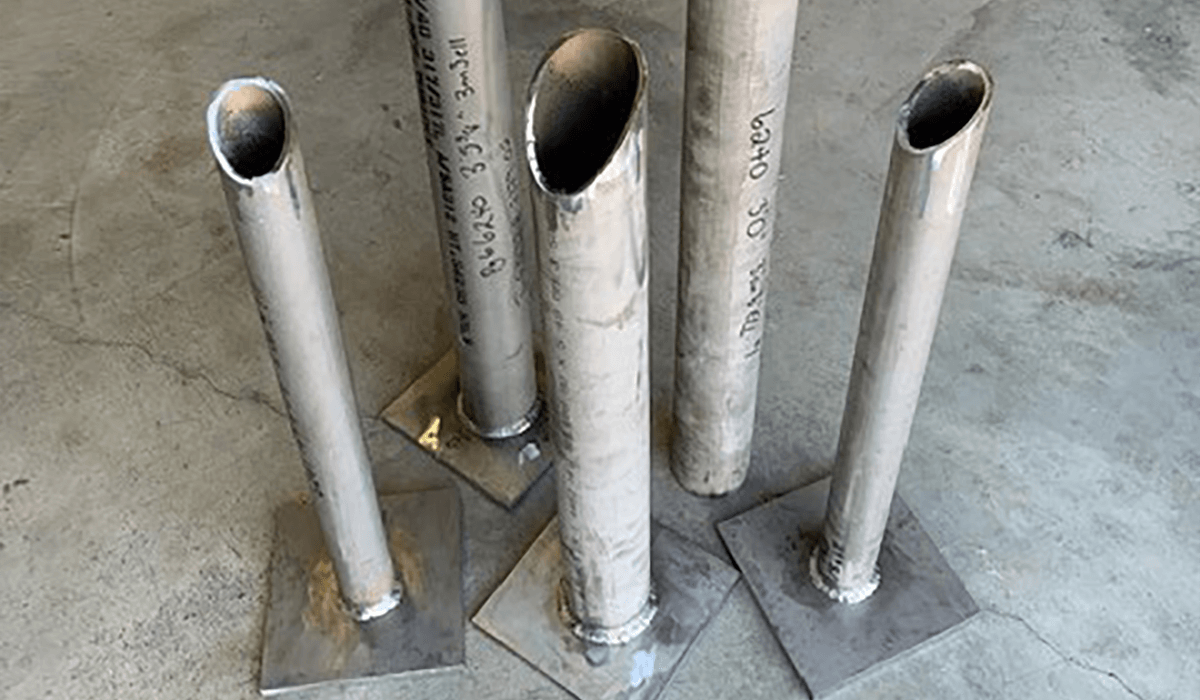 When a pipe system fails, the consequences can be dire. A single pipe failure can stop production, endanger workers, damage your broader system, and drive up costs. Pipe stanchions are designed to prevent those costly failures. They can solidify your pipe system, so pipes stay strong in the face of all types of forces.

Want to uncover exactly how pipe stanchions can improve your pipe system? In this quick guide, we dig into the details of stanchion pipe supports and examine ways these pipe anchors can enhance your pipe system.

What Is a Pipe Stanchion Pipe Support?

A pipe stanchion is a pipe support that is designed to stop movement in any direction and eliminate rotation in the system. These pipe supports prevent motion in all directions, so they keep piping from moving up, down, or sideways. Overall, pipe stanchions are high-level rigid anchors that fix pipes in a solid foundation amid strong forces.

How Do Pipe Stanchions Work?

Your piping system is constantly being pushed, dragged, and hit by both external and internal forces. Those forces are amplified—as is the potential damage—when you pile on the tremendous weight and friction that is pulling down on your piping. Here are a few forces your piping system is up against:

Your pipes are built with heavy materials, and they’re carrying thousands of pounds of liquids. With so much weight stacked on top of supports, every little instance of movement becomes heightened. Unsupported, this weight can cause pipes to dig into surrounding surfaces, rupture, or collapse. Stanchions add an extra layer of support to hold the weight of heavy pipes.

Your pipes may look fairly stable at a glance, but heat exchange could be causing piping to rub against hard surfaces. When heat rushes out of your pipes, it causes thermal expansion, which results in shifting pipes. Without extra support, those subtle shifts can damage a pipe’s outer layer. By using pipe stanchions, you can account for these subtle but consequential moves and keep pipes stable.

As liquids flow through your pipes, they’re also carrying energy and momentum along with them. When those liquids slosh in different directions or slam into piping elbow walls, your pipes can move with that energy. If pipes aren’t properly supported, these high-pressure spots can wear down or give way. Pipe stanchions reinforce pipes and add support in vulnerable spots.

Especially on offshore rigs or other outdoor piping systems, your pipes could be pummeled by wind, rain, earthquakes, or other external forces. Without additional pipe support, these elements could tear pipes away from their existing structures and damage pipes. Pipe stanchions hold pipes firm as external forces try to pull piping in different directions.

Even if movement seems subtle, it could be causing pipes to scrape against hard surfaces. As a result, this impact may create small grooves in your pipe that can spark crevice corrosion. This type of surface wear and corrosion can end up spreading throughout your system. Pipe stanchions help reduce pipe corrosion by stopping pipes from moving and rubbing against their surroundings.

What to Consider When Installing Pipe Stanchions

When it comes to installing stanchion pipe supports, you have a variety of options. However, with these supports hoisting such hefty pipes and backing pressurized systems, you’ll want your pipe stanchions to work at peak performance. Here are a few things to consider if you want to install pipe stanchions that last longer and keep your piping system strong:

Welding can be a solid way to fuse your pipe stanchions to your piping system. Still, if you decide to weld your pipe stanchions, be sure to factor in the need for ongoing inspections and care. Welding is a semipermanent solution that can cause vulnerable spots in your system. Anytime you weld, be sure to set aside time and money to give welded areas extra attention.

You don’t always need to weld pipe stanchions to your piping system. It is also possible to pair them with adjustable pipe supports or bolted supports. These options add a layer of flexibility to your piping system, letting you adjust pipe height or access piping more quickly.

Pipe stanchions are some of the most efficient rigid anchor supports you can find if you want to stabilize your piping. However, if you want to control movement and strengthen piping even more, there’s a whole world of pipe restraints to tap into.

Want to learn more about pipe restraints and how they can improve your piping system? Read our Complete Guide to Pipe Restraints.