What Is Coefficient of Friction? 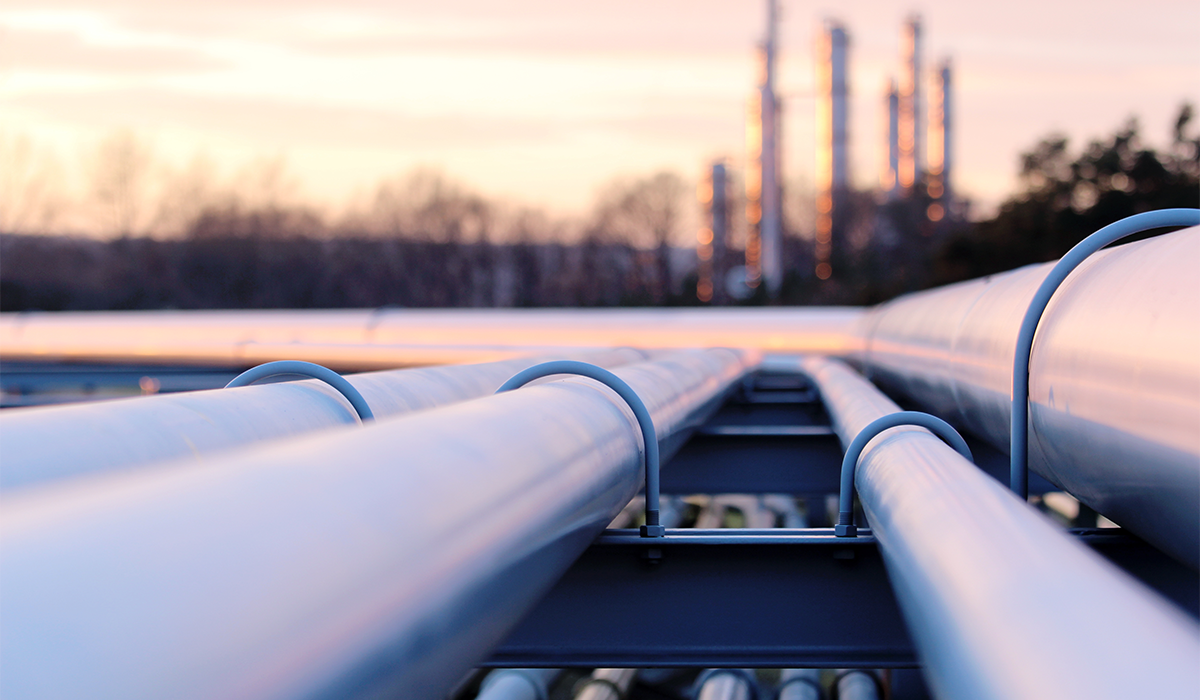 Friction can wreck a piping system if it is unchecked. Reducing a pipe’s coefficient of friction is an important way to preserve metal.

In fact, taking a little care now to minimize friction can boost the longevity of your piping system.

What Does ‘Coefficient of Friction’ Mean?

The power of this friction force depends on the materials that are pressing against one another. For instance, a steel bar will slide much more easily on a sheet of ice than on a slab of concrete. In these examples, the steel-on-ice combination has a much lower coefficient of friction.

Static vs. Kinetic Coefficient of Friction

In piping, it is common to examine two types of coefficient of friction: static and kinetic.

What is a static coefficient of friction?

What is a kinetic coefficient of friction?

As you may have guessed, the kinetic coefficient of friction measures friction between moving objects.

Why does it matter?

Essentially, the coefficient of friction will differ between mobile and immobile objects. For the most part, objects that aren’t moving tend to experience more friction. This is because it takes more energy to push them into motion than to keep them moving.

In piping systems, your pipe surfaces are constantly running into heavy, fixed objects. That combination creates a high potential for friction and damage. For instance, when a heavy pipe is stacked on a bare beam, any energy that moves the pipe is transferred into surface friction, which grinds down the outer layer of the pipe.

How to Calculate the Coefficient of Friction

To find it, divide the resistive friction force (Fr) by the normal force (N) that’s pushing on the objects. Here is the common equation for finding coefficient of friction (fr):

Once you drop figures into this equation, you’ll be able to calculate a coefficient value.

How Do Friction Coefficient Values Work?

Coefficient values are the numbers that express how materials interact. These values usually run from 0-1, but they can also be higher than one if the materials are especially sticky.

Essentially, if objects have a coefficient value of zero, there’s no friction. This isn’t common, but it is possible with materials that have superfluidity. If materials have a coefficient value of one, it means the friction force is the same as the normal force. In other words, the force required to move the object is equal to that object's weight.

Objects can also have a friction value higher than one. For instance, rubber is a common material that can have a particularly high coefficient of friction. As a general rule, most materials that aren’t wet tend to fall in the 0.3-0.6 range.

Why Lower the Coefficient of Friction in Your Piping Systems?

In piping, a lower coefficient of friction generally amounts to less wear. Imagine if your pipes were being scraped against concrete. It’s easy to see how they would break down quickly.

Pipe supports with a low coefficient of friction can protect pipes from damage by keeping the metal of pipes from scraping against rough surfaces around them. Here’s how pipe supports help in the long run.

They protect pipes from abrasion wear.

Pipes need to hold up in the face of several different forces. Gravity pulls down on heavy materials in one direction, rushing liquids push in another direction, and thermal expansion can cause even more movement. All of these forces can focus damage on a single area at high-friction points. As a pipe wears down, it can weaken, rupture, and burst.

Pipe supports that reduce the coefficient of friction lower the impact on pipes. They allow pipes to move more naturally without being torn apart.

They protect pipes from corrosion.

Friction doesn’t just tear pipe surfaces apart; it can also lead to corrosion. When metal surfaces wear down and split open, corrosive materials can slip into crevices and cause corrosion. From there, corrosion can spread throughout a system and weaken pipes.

Friction can also scrape off protective coatings and expose bare iron to the elements. Once oxidation occurs, the iron in pipes can turn into iron oxide, or rust, which can spread quickly and destroy metal.

However, if you have pipe supports that lower the coefficient of friction, pipe surfaces move with less resistance. Thus, their surfaces maintain their integrity, and they can keep corrosion at bay.

How to Lower a Pipe’s Friction Force

Wondering what types of pipe supports reduce coefficient of friction in piping systems? Here are a few examples.

Wear pads: ProTek wear pads fit precisely to a pipe’s outer diameter to lower friction. These supports are made of fiberglass reinforced plastic (FRP), which protects piping from surrounding surfaces.

Hold down clamps: Lined hold down clamps, such as the VibraTek Hold Down Clamp, reduce friction and dampen vibrations at the same time. They’re etched with a fiber-backed Teflon lining that lowers the pipe’s friction force.

U-bolts: ProTek U-bolts are made of steel, but they include a thermoplastic coating to reduce friction wear. With this coating, the support can direct movement without damaging the surface of pipes.

Flat plates: ProTek flat plates are made of fiberglass reinforced plastic (FRP) and are adhered to flat surfaces, such as the structure that the pipe sits on.

How Much Does FRP Lower Friction?

In many pipe supports, fiberglass reinforced plastic (FRP) is the key ingredient that reduces friction. But you may be wondering how much these supports lower friction between pipes and their surroundings. Here’s an estimation of how FRP compares to other materials.

FRP to carbon steel: When you place ProTek composite wear pads, which are composed of FRP, on carbon steel, the coefficient of friction generally falls below 0.2. This is a substantial difference compared to steel on steel, which tends to fall in the 0.5-0.8 range.

FRP to stainless steel: ProTek composite wear pads on stainless steel pipe tend to have an even lower coefficient of friction than with carbon steel. However, these materials still tentatively fall around 0.2.

Find the Right Vendor for Your Next Project

With the right product, you can reduce the friction force hitting your pipes and save money in the long run. But before you choose a vendor for your next project, make sure they have what it takes to improve your piping system.

Download our vendor comparison sheet to see which pipe support vendors have what you need to make your next project a success.