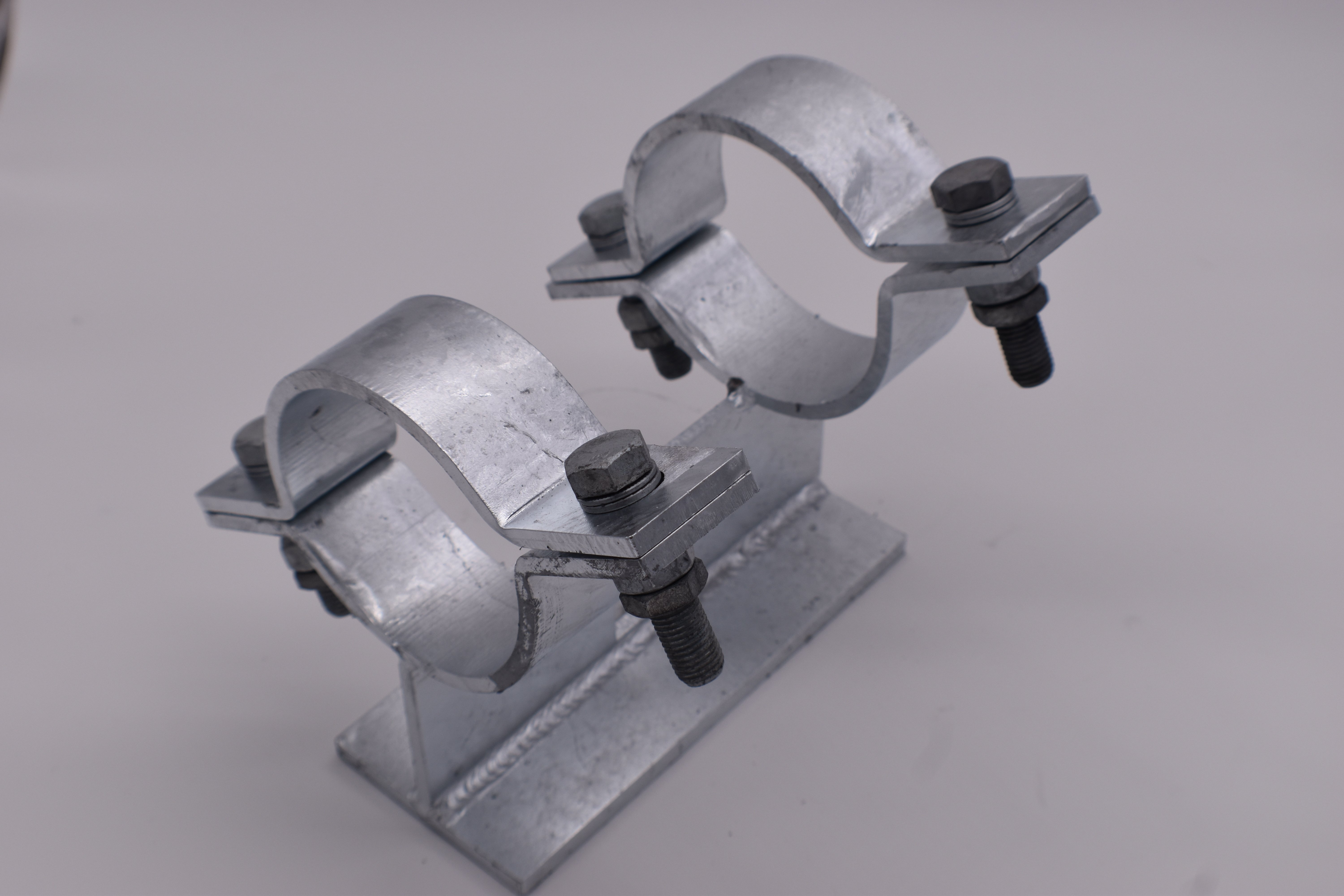 If you’re interested in T-style metallic pipe shoes, you’ve probably run into a tricky issue. They’re a great way to elevate and secure pipes. However, they’re made of metal. With that comes the danger of metal-on-metal corrosion, ruptures, or wear.

Luckily, we have some lesser-known tricks for getting more out of your T-styles. We’ve picked out some T-style combinations meant to improve your process piping systems, avoid the problems of metal-on-metal contact, and save you headaches.

What’s the Role of a T-Style?

T-styles are metallic pipe shoes that can elevate piping. They keep piping from rubbing directly on support structures or other pipes. They also protect pipes from unwanted movement or corrosive vibrations. However, unprotected metallic pipe shoes come with an inherent disadvantage: metal-on-metal contact.

At the point where metal meets metal, you can have problems with heat transfer, movement, and corrosion. In fact, unprotected supports are contributing to a corrosion problem that costs an estimated $2.5 trillion. When used properly, T-styles can cut down corrosion and reduce destruction within your system.

Welding and the Problems with Traditional T-Style Methods

Traditionally, many manufacturers have attached T-styles by directly welding them to pipes, and later insulating around the T-styles. However, this method has the potential to damage piping systems down the road.

First, welding the T-style directly to the pipe can pair up dissimilar metals and cause corrosion. It also can add vulnerable points to your piping system. For instance, if your system uses stainless steel, and it’s in a chloride-heavy environment or near salt water, each spot that’s welded on the pipe will be vulnerable to chloride stress corrosion cracking.

Additionally, this traditional method can cause point loading, which causes corrosion underneath the insulation. Eventually, that corrosion can lead to ruptures and torn pieces.

Luckily, there are a few interesting ways to avoid metal-on-metal destruction while landing all the benefits of T-styles. This method involves using T-styles with clamps to elevate piping. Adding clamps cuts out the necessity of welding and reduces the need for skilled labor.

An even greater advantage is that T-styles with clamps make it possible for you to combine liners and wear pads to protect the piping system from corrosion or unwanted friction. Here’s how to make the most of T-styles that feature clamps:

Metallic T-styles protect pipes by lifting them off other harsh surfaces using clamps. However, these supports come with two naturally vulnerable spots. The first is at the point where piping is harnessed by the clamp of the T-style. These clamps are also sometimes welded directly to the pipe, but to avoid welding, clamps can be used to wrap around piping and secure it in place. However, if unchecked, the metal of the T-style will directly rub against the metal of the pipes.

A second potential point of vulnerability is at the base of the T-style. When put in place, this metallic section will rub directly against metal or concrete surfaces.

Wondering why these are points of concern?

First, metal-on-metal contact is a recipe for disaster in most cases. Metal can encourage heat transfer, which can cause ice formation, movement, and worn-down pieces. As pipes naturally move and vibrate, these unprotected portions will take the brunt of this movement as it scrapes against ungiving surfaces. Metal-on-metal contact also has the potential of pairing up dissimilar metals, which can quickly corrode pieces.

Luckily, we have a few tricks that can help you avoid metal-on-metal contact and lengthen the life of your whole system. Here’s how to use protection to get more out of your T-styles:

What many customers don’t initially know is that T-styles with clamps can be isolated with wear pads. These wear pads fit directly against the pipe so the piping system won’t rub against clamps. This use of wear pads adds insulation and protects against corrosion, ruptures, and wearing. Pads are adhered via an epoxy adhesive that’s used on heavy-duty applications, like those in the aerospace industry. The result is a sturdy metal shoe without the dangers of metal-on-metal damage to the pipe or fixtures. This also cuts out the need for welding and installation work that requires high-skilled and high-cost labor.

Clamps can also be lined with any type of liner including Teflon, Fabreeka, Tico, and Vibratek liners.

Adding Plates to the Bottom of T-Styles

Liners can insulate T-style clamps. However, the base of T-styles will still be exposed to metal-on-metal contact with beams and the friction of concrete surfaces. Luckily, there’s a solution to this as well.

Manufacturers can fasten slide plates to the underside of the T-style base. These plates don’t just protect against metal-on-metal contact. They also reduce friction and wear. They’re made of sodium-etched PTFE that’s bonded to 10-gauge carbon steel. This adds a sliding surface with a low coefficient of friction, which means it allows parts to move naturally and reduces wear as pipes expand, contract, and move.

Another factor that makes this option especially advantageous is the customizability of slide plates. Because they can be designed to custom thicknesses, they fit easily into T-style systems.

Creating Solutions for Your System

Modifying your T-styles can lead to a longer life span for both your supports and your whole piping system. However, you’ll want to make sure you’re pairing quality products with options crafted specifically for your project. We can help with both. Go here and send us a note about your upcoming needs.