Using Liners to Extend the Life of Pipe Restraints 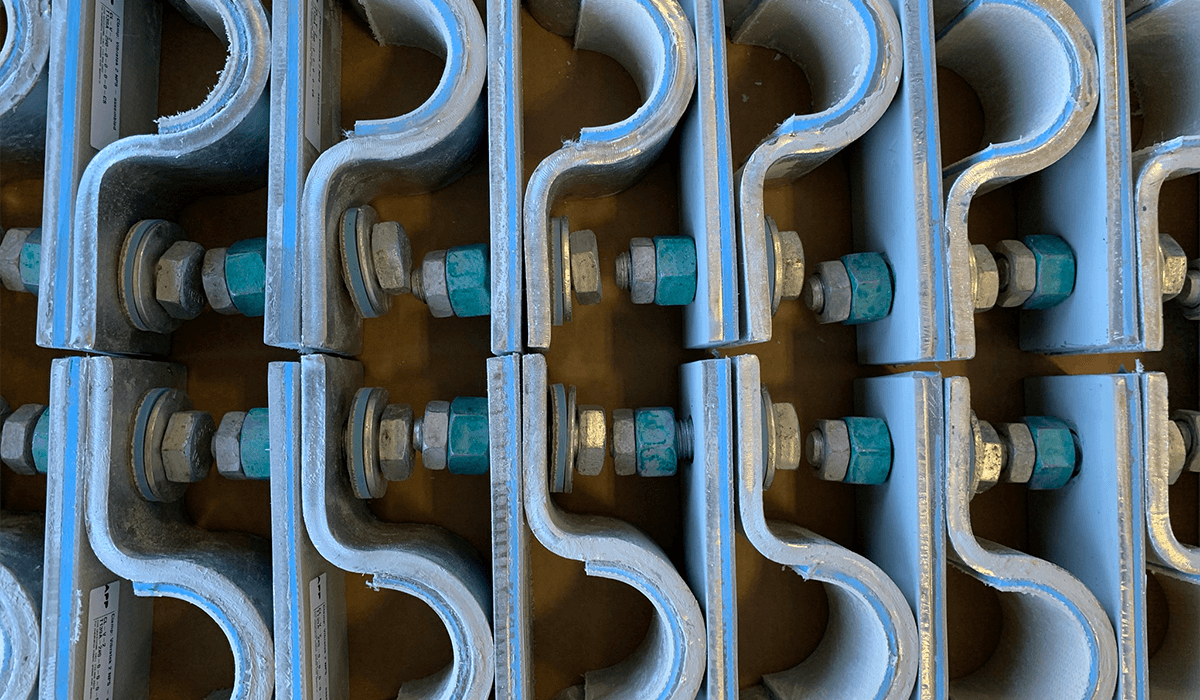 When it comes to pipe restraints, the role of liners is often underestimated. These features can dramatically extend the life of not only your pipe restraints but also your entire piping system.

Ready to find out how?

In this article, we dive into ways liners can extend the life of your piping products and why you need them.

What Shortens the Life of Your Pipe Restraints?

Whether you recognize it or not, corrosion poses a threat to the metal surfaces throughout your piping system. If your pipe restraints are metallic, it’s important to factor in how susceptible they are to corrosion. Although there are many types of corrosion that disintegrate metal, there are two common corrosion culprits to watch out for if you want to lengthen the life span of your pipe restraints:

When the metal of pipes rubs directly against the metal of supports, it leads to a few different types of damage. In addition to opening the door to corrosion, it can break down the restraint altogether. Without protection, pipe restraints can also dig into the pipe itself and cause ruptures.

Add heavy movement, and metal-on-metal contact is a recipe for destruction. Especially in systems with reciprocating compressors that produce heavy vibrations, pipe restraints end up being pounded by hard metal pipes. With the constant impact of pipes smashing into the support, the pipes can easily wear down and snap.

Some materials just aren’t equipped to hold up without protection. In many cases, thermal movement exposes the vulnerabilities of the wrong material combinations. For instance, if cold piping is laying directly on a metal pipe support, heat can move across the metal. That can result in ice formation and a worn-down pipe.

Even in systems that aren’t cold, unprotected pipe supports should account for thermal movement. Thermal expansion can cause heavy pipes to shift and scrape against the metal of supports. Again, that can damage both pipes and restraints.

So how do liners protect pipe restraints against these destructive forces? Here are a few key things liners do.

Remember, in order for galvanic corrosion to take place, metal needs to directly connect with another, dissimilar metal. Liners use nonmetallic materials to insulate pipes and physically separate them from metal surfaces. That means they’re protected from the electrochemical reaction that can destroy pipes.

In some instances, liners are designed to absorb vibrations and cushion the impact of metal banging on metal. That allows pipes to move more freely without damaging pipe restraints.

When a pipe scrapes against pipe restraints, it can damage both the pipe’s surface and the restraints. Many liners create a lower coefficient of friction and allow pipes to slide more naturally as they move. This protects the pipe and the pipe support from wearing down.

What Are Liners Made Of?

Although liners can be made up of all kinds of materials, there are some popular options for people who want their piping systems to perform longer.  Here are a few material options and pipe restraints that are equipped with liners:

Learn How to Protect Your Pipes

Looking for ways to increase the longevity and performance of your piping system? APP’s proprietary VibraTek liner is a must-have for high-stress piping systems. It fits precisely to pipes, doesn’t harbor moisture, and is built to reduce breakages.

If you want to learn exactly how pipe supports should work within your piping system, we can help. Download our Complete Guide to Pipe Restraints and gain the know-how you need to lengthen the life span of your piping system.