5 Things Every Pipe Restraint Should Do 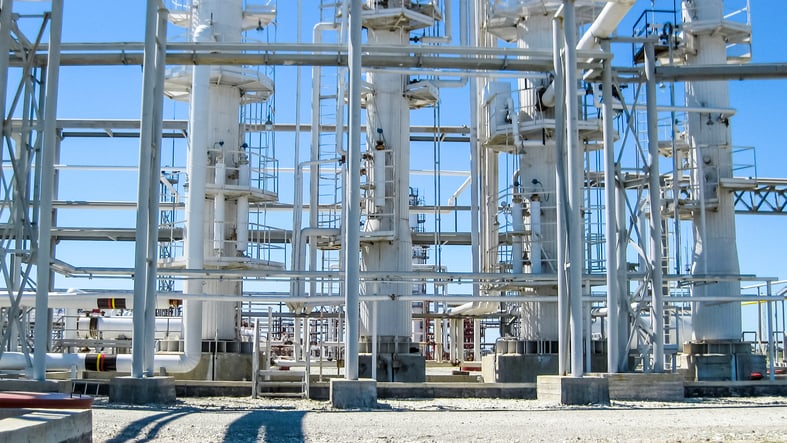 Your piping system has a relentless enemy: movement. Moving pipes cause corrosion, wearing, and costly breaks. Luckily, pipe restraints can redirect movement and significantly boost the life span of your whole piping system.

However, it can be tough to know exactly what to look for in a pipe restraint. After all, there’s no use in adding pipe supports if they’re just going to lead to more breaks.

We’re here to help. We’ve tacked down the ins and outs of pipe supports and the five things every pipe restraint should do.

What Is a Pipe Restraint?

A pipe restraint is designed to control movement and extend the life span of your process system. In piping systems, unchecked movement causes friction, which wears down pipes, enhances vibrations, and leads to breaks. It can turn into ruptured pipes or greater damage to the whole system.

In general, pipe restraints include three broad categories: bolts, straps, and clamps. These different types of restraints have unique roles and advantages. But they all were built with the same ultimate goal in mind—to redirect movement and improve your pipe systems.

But not all pipe restraints were created equal. Before you buy your next restraint, make sure you’re choosing quality pipe supports. Here are the things every restraint should do:

Corrosion is an evil force in the world of piping systems. In fact, estimates put corrosion’s global cost around $2.5 trillion. This creeping hazard can weaken pipes, erode supports, and cause whole systems to collapse.

Effective pipe restraints will prevent corrosion, which means they’ll stop pipes from wearing and forming crevices where corrosive materials can seep in. It also means they should use coatings, finishes, or insulation that stops galvanic corrosion.

When metal rubs on metal, it can quickly wear down your pipes. First, if movement isn’t controlled, one metal can scrape against another and beat it up. And if dissimilar metals come in contact, it can cause a corrosive electrochemical reaction.

Effective pipe restraints use liners, coatings, or buffers to protect against metal-on-metal damage. If you’re using simpler restraints such as standard U-bolts on pipes with lower vibrations, make sure they're protected. They should include galvanization or a protective coating to stop galvanic corrosion.

There isn’t a one-size-fits-all solution when it comes to pipe restraints. When you decide to pick a restraint for your system, decide how much support your pipes need.

For instance, U-bolts can be a great solution for harnessing pipes during shipping or keeping less mobile pipes in check. However, they aren’t built for heavy-duty process systems with high pressure and movement.

If you use reciprocating compressors or other systems that cause strong vibrations, it’s better to consider heavier restraints, such as clamps.

Maybe your system doesn’t require the strength of clamps but needs something more substantial than U-bolts. In that case, straps could be a solid option. Either way, the restraint should fit the system.

Pipe restraints don’t just act as reinforcements. They become a part of your piping system. That means if they can’t handle their new environment, they could cause system-wide problems. Their material makeup determines how well they stand up to the elements.

For instance, if you plan on using a pipe restraint in a corrosion-heavy environment near seawater, it should feature a protective coating. The same goes for extreme pressure, heat, and cold. If you’re working with cold systems, such as cryogenic piping systems, or pipes in extreme heat, you’ll want your clamps to include a high-end liner.

5. Encourage the Right Kind of Movement

A good pipe restraint will control movement, but it won’t necessarily stop movement altogether. In some situations, using a restraint to clamp down on a moving pipe can make things worse. That’s because it can focus vibrations on one point, drive pressure into a concentrated area, and cause breaks.

Pipe restraints should redirect movement. That might mean helping pipes move along an axis without letting them bounce up and down. Restraints that use quality liners absorb vibrations and let the pipe move fluently along an axis.

Add Value to Your Process Systems

When you know what to look for, pipe restraints can add loads of value to your piping system. Still not sure which restraint is best for your project? Send us a note, and we’ll help you find a solution.