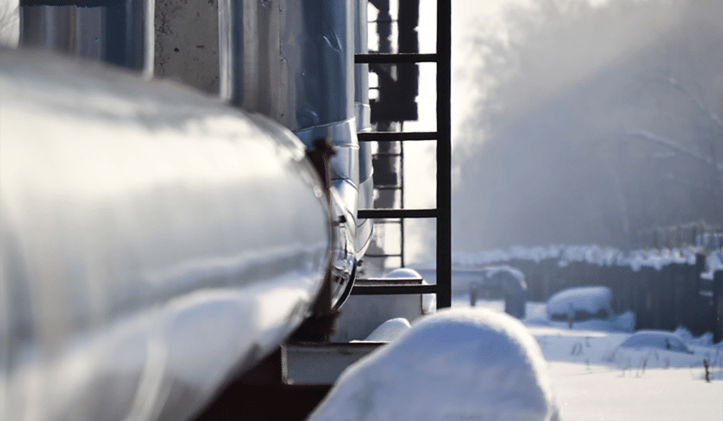 CryoTek Pipe Shoes have quickly become the premium solution for cooldown systems. Now, piping professionals from across the industry are waking up to the benefits of these pipe supports.

Wondering how these pipe shoes can extend the life of your pipe system and save you money? We’ve identified four ways you can use CryoTek Pipe Shoes to elevate pipe performance and rejuvenate your whole pipe system. First, let’s get into what exactly a CryoTek Pipe Shoe is.

What Are CryoTek Pipe Shoes?

These pipe shoes perform at temperatures as low as -320°F. They also feature built-in insulation, nonconductive materials, and a host of features that are crucial for keeping fragile pipes protected at frigid temperatures.

At the same time, they aren’t exclusively for cold systems. They also hold up in temperatures higher than 400°F and can be paired with UV or temperature-resistant coatings for even higher heat protection.

How Do CryoTek Pipe Shoes Strengthen Your Pipe System?

Wondering how these advanced pipe shoes are contributing to longer-lasting piping systems? They are built to do four key things to strengthen your pipe system.

In cold systems, ice formation and temperature changes endanger pipes. When pipes aren’t insulated or they lay directly on metal surfaces, pipe temperature may fluctuate from hot to cold or cold to hot causing extra wear and tear on your system. In cold conditions, this causes ice formation. Ice wears down your pipe’s structure, puts pipes in danger of breaking, and can cause corrosive cells to form.

CryoTek Pipe Shoes’ composite VEFR technology stops heat transfer. The pipe shoes are also equipped with foam-insulated cores, which means they stop ice from forming in cold systems and are able to stay strong in extreme cold. That way you not only keep pipes strong but also avoid costly pipe support replacements or repairs.

And even though CryoTek Pipe Shoes are nonmetallic, they’re extremely durable. In fact,   they hold a maximum compressive strength of 27,500 lbs per square inch, and our 6-inch shoe can support the weight equivalence of a fully-loaded Boeing 737 Airplane.  They’re also resilient enough to withstand a pounding from a 10 lb sledgehammer.

Plus, with solid internal support beams, they’re built to safely hold and protect the fragile insulation of cold pipes. That means they keep pipes from breaking and save you from high repair costs or expensive shutdowns.

CryoTek Pipe Shoes elevate pipes and stay strong under the weight of heavy pipes while the adjustable height of the pipe shoe accommodates any insulation thickness. By lifting pipes off of surrounding surfaces, you can prevent wear and minimize damage. As liquids rush through pipes and heavy pipes move, they naturally scrape against the hard structures around them. Over time, this can wear down pipes and lead to ruptures or leaks.

Corrosion is a scary force that has long haunted industrial piping pros. In fact, the annual global cost of corrosion is estimated to be in the trillions of dollars. CryoTek Pipe Shoes stop three kinds of corrosion:

Temperature changes cause pipes to expand, contract, and move. That movement is more severe when energy rushes to escape pipes.

CryoTek Pipe Shoes are designed to isolate temperatures in both extreme heat and cold.

CryoTek Pipe Shoes are a premier solution for extremely cold systems and any pipe systems that need to perform in harsh conditions. But there are even more options when it comes to elevating your pipes.

Want to learn what types of pipe shoes are best for your piping system? Read our Complete Guide to Pipe Shoes for everything you need to know about these important pipe supports.