Pipe Supports: Extending the Life of a Pipe 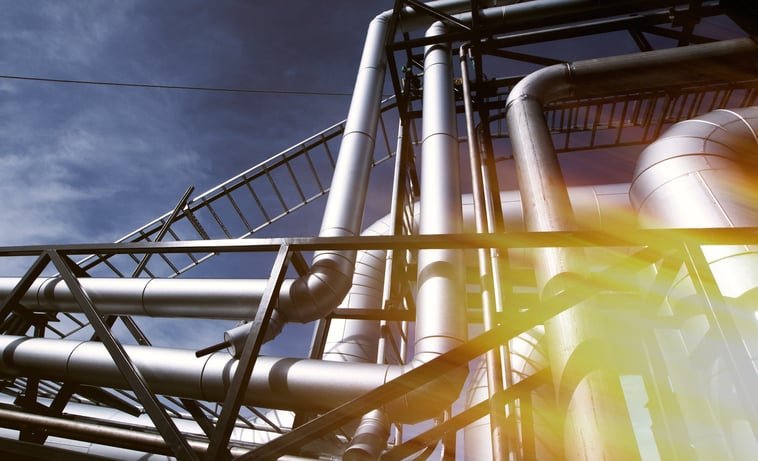 Pipes across North America are falling apart at scary rates. According to a Utah State University study, pipe breaks were up 27 percent between 2012-2018. But there is a way to stop pipe ruptures and extend the life of pipes.

So, what’s the role of these heroes, and how can they make pipes last longer? We’ve got the answers. Here’s a guide to pipe supports and how they strengthen pipe systems.

What Is a Pipe Support?

Pipe supports are tools that stop corrosion, protect against ruptures, and extend the life of piping systems. As a whole, “pipe support” is a broad term for any equipment or product that reinforces pipes. However, under that umbrella, pipe supports include pipe restraints, isolators, and pipe shoes.

The Benefits of Pipe Supports

Piping systems are up against all kinds of turmoil. They’re highly pressurized and carry corrosive materials. Unaltered, they can swing, vibrate, rub on other metals, and cause destruction. Pipe supports are made to curb the dangers pipes face. Here’s how they can help:

With those general benefits in mind, here’s how specific types of pipe supports help in different ways:

Pipe restraints are pipe supports that control pipe movement. When used correctly, they can drastically reduce the stress that’s put on pipes and whole systems. That’s because vibrations, movement, and gradual shifts caused by thermal expansion and contraction all lead to friction. As pipes rub against other objects, they wear down, tear, and rupture.

Fittingly, pipe restraints control movement and guide pipes in the right direction. And if they have an effective liner or the right design, they can also absorb vibrations.

However, they can be a disadvantage if you use them the wrong way. Pipe restraints shouldn’t be used just to pin down pipes against a beam or structure. This leads to focused pressure and broken pipes or restraints. Instead, an effective pipe restraint will redirect movement, guide the motion of pipes, and absorb vibrations.

Isolators protect pipes from harmful contact with objects around them. They do this by stopping corrosion, reducing the grind of friction, and protecting against metal-on-metal contact. Isolators act as a support layer that separates a pipe from the dangers around it.

Pipe shoes elevate pipes and prevent corrosion. By lifting the pipe off its surroundings, you protect it from metal-on-metal wear, galvanic corrosion, and corrosion that’s caused by bacteria or pooled water. Pipe shoes also eliminate the need for welding, which often can serve as a weak spot in systems.

Extending the Life of Your Piping System

Pipe supports come in all kinds of shapes and sizes. But they all can be life-cycle boosters for pipes. If you have a pipe support need for your next project, send us a note. We want to help you get the most out of your pipes.