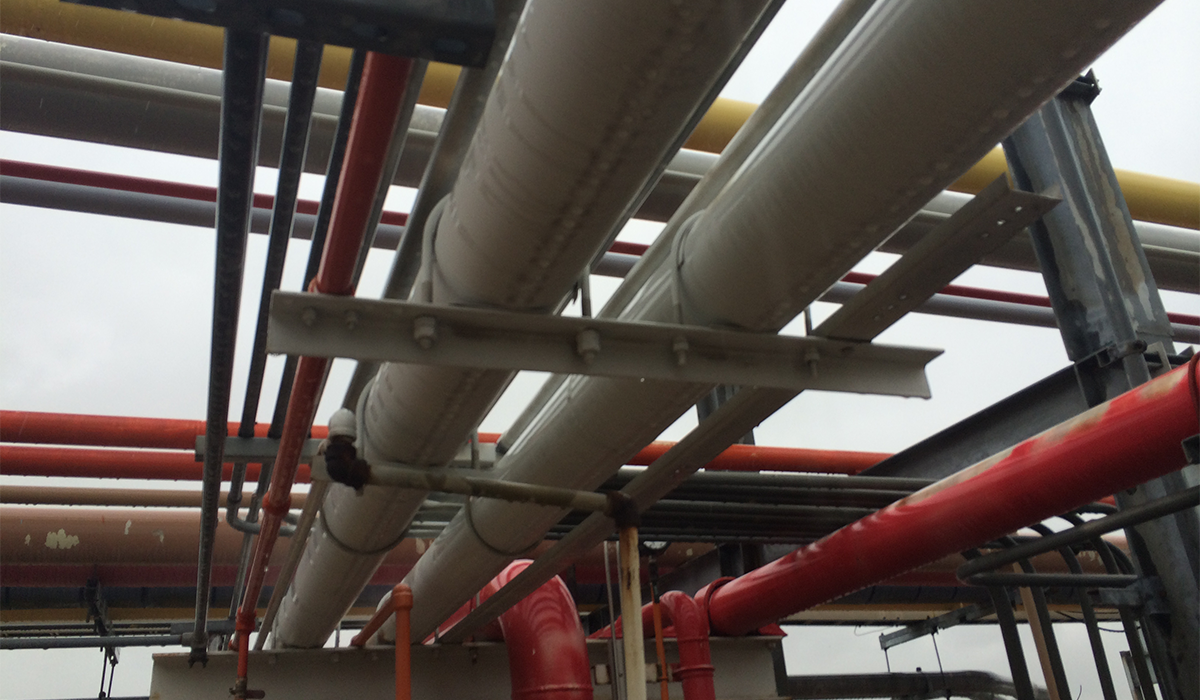 U-bolts may seem simple. After all, they’re just a bent piece of steel, right? Don’t let their simplicity fool you, U-bolts can be the difference between solid structures and on-site disasters.

It’s easy to overlook these important restraints, but we’re here to deliver the must-knows. We’ve ironed out the essentials of these small workhorses.

Read on for a guide to U-bolts and the simple facts surrounding these compact difference makers.

What Is a U-Bolt?

When you break it down, a U-bolt is a bolt bent into the shape of the letter “u.” It’s a curved bolt that features threads on each end. Because the bolt is curved, it fits nicely around pipes or tubing. That means U-bolts can secure piping or tubes to a support and work as a restraint.

When to Use a U-Bolt

U-bolts are a jack-of-all-trades in construction. They can have a wide range of applications, but they can be lifesavers when it comes to piping solutions. Here are common ways they’re used in piping:

As a Restraint and Guide

U-bolts can work as a tube or pipe restraint. That means they keep piping from moving, banging into other structures, and wearing down.

However, restraining pipes is about more than pinning them down. In some cases, simply holding down piping can lead to corrosion at the point where pressure is most focused. When used as a guide instead, the U-bolt controls movement without pressing vibrations into a concentrated point. This means pipes can move axially, or through the pipe restraint, but won’t bounce up and down.

U-bolts can also be a useful way to keep pipes snug during shipping. Rather than letting pipes hop up and down and break, the U-bolt can restrain pipes while adding a buffer between the pipes and other metals.

Finally, a major use of U-bolts is for hanging pipes. Gravity can be hard on piping, and the wrong setup can lead to corrosion and falling objects. By securing a U-bolt to an overhead structure, beam, or ceiling, you can limit vibrations and secure elevated pipes.

U-bolts can be made up of all kinds of materials. But they’re usually made of durable metal that is noncorrosive. Here are some common materials at the heart of U-bolts:

On top of these common core elements, manufacturers can add protective coatings. These finishes protect against corrosion even more. Here are some common coatings for U-bolts:

Zinc plating is where zinc is added using a layer of electricity. It’s usually a thinner layer that works better for indoor applications.

Hot-dip galvanization adds zinc, but it’s a deeper coating. Manufacturers dunk the bolt in molten zinc to form a bond, which makes the coating especially well-suited for corrosive environments such as areas with high humidity or salt in the air.

A fluoropolymer coating is a mixture of elements that are resistant to corrosion. The coating can hold up in extreme hot and cold temperatures without cracking.

The coating also has a low coefficient of friction, which means it lets piping glide through the U-bolt, while cradling the pipe at the same time. This reduces the risk of broken pipes, restraints, or support structures.

Although sizing can vary, U-bolts tend to be matched up with the size of the pipes they’re meant to secure. Bolts can run anywhere from a quarter of an inch to a full inch in rod size. And they can hold piping as wide as 30 inches. Here’s a look at how a U-bolt size matches up with piping.

How to Install U-Bolts

Of course, like any restraint, a U-bolt is only as good as its installation. Here is how to install a U-bolt properly:

If you’re using the U-bolt as a guide, make sure to measure spacing to fit its specifications before tightening nuts.

That’s a simple look at U-bolts and the best ways to put them to good use. And we have high-quality U-bolts in stock. If you need U-bolts or have a question about a product, send us a note, and we’ll get you a quick quote.