U-Bolts Acting as Anchors and Guides 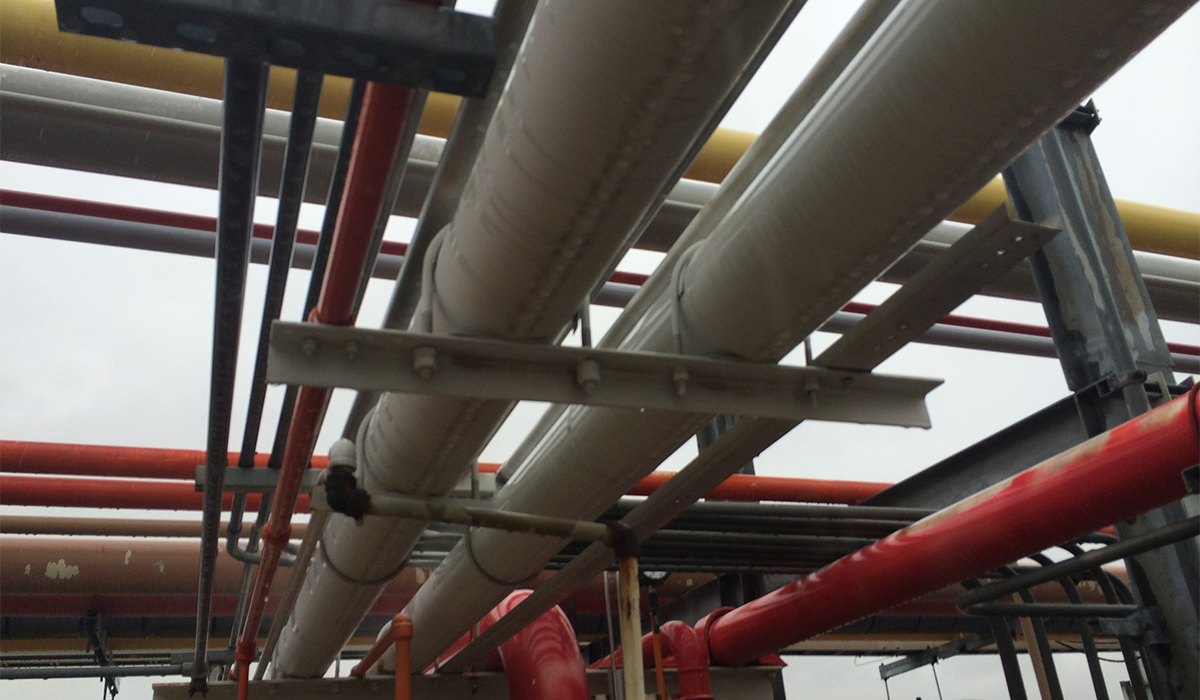 Think U-bolts are simple pipe supports? You may be missing out on their most valuable functions. What many piping professionals don’t realize is U-bolts can work as both guides and anchors.

Purpose of a U-Bolt

The main function of a U-bolt is to add support to pipes. However, the way it delivers the best type of support can vary depending on what you want to accomplish. Basically, U-bolts can serve two main supporting roles in your piping system: as anchors or as guides. Determining which function is best for your system is the first step in squeezing the most value out of your U-bolts.

What is an anchor?

When you’re using a U-bolt as an anchor, it means you’re installing the U-bolt to stop pipe movement in all three dimensions. So the bolt should restrict the pipe’s motion and keep it from bouncing or sliding.

Wondering what the advantage of using a U-bolt as an anchor is? Essentially, it adds stability to your pipes and keeps them from hitting surrounding objects and rupturing. By fixing U-bolts to a spot you can accomplish several things:

What is a guide?

U-bolts don’t have to restrict all movement. In fact, you can use U-bolts to promote axial movement and improve the longevity of your whole piping system. When you use U-bolts as a guide, you restrict up-and-down and side-to-side movement but allow pipes to slide in an axial direction.

The advantage? You can avoid pinning pipes down and focusing stress on a fixed point. In some instances, strapping a pipe down completely can lead to point loading, damaged pipes, and corrosion. If the support digs into the pipe’s surface, that vulnerable contact point can harbor corrosive materials that could expand throughout the piping system.

Instead, when you use U-bolts as a guide, you spread pressure across surfaces and reduce stress on a single, concentrated point.

How to Install U-Bolts as an Anchor

To install U-bolts as an anchor, place both bolts at the bottom of your support structure. From there, tighten the U-bolt snuggly against the pipe. When you’re using a U-bolt as an anchor, you’ll want the U-bolt to fit on the pipe without any spacing between it and the pipe’s surface.

How to Install U-Bolts as a Guide

To install your U-bolt as a guide, place bolts on the top and bottom of your support beam. Be sure to leave some space between your U-bolt and the top of your pipe. If your U-bolt is acting as a guide, there should be a gap between the U-bolt and pipe surface after you’ve tightened it up.

How to Get the Most Out of All U-Bolts

Regardless of how you choose to use U-bolts in your piping system, there are some important factors that will affect their performance and your system’s life span. Here are some things to consider when selecting U-bolts:

When used right, U-bolts can strengthen your whole piping system and save you money in the long run. And there are many ways to use pipe restraints to boost your piping system’s performance.

Want to learn tips, tricks, and secrets to getting the most out of pipe restraints? Read our Complete Guide to Pipe Restraints and discover what pipe supports can improve your system the most.