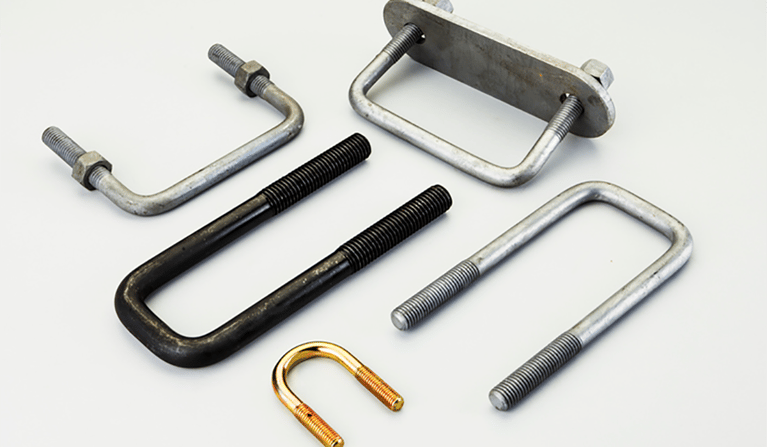 You’re ready to start your next project, and you need a simple, but efficient, pipe restraint. You’re in the right place. U-bolts help keep piping in line and corrosion free. However, you still have an important decision ahead—do you go with a standard U-bolt or a ProTek U-Bolt?

We’re here to help you settle on the best choice for your project. We’ve put together a standard U-bolt versus ProTek U-Bolt guide with the different advantages and roles of these two products.

What Is a U-Bolt?

U-bolts are curved bolts that can fit around pipes and secure them to support structures. They’re shaped like a “u,” which makes them handy tools for securing pipes and tubes. They also include two threaded ends that can be fastened to supports with nuts.

There are several ways you can use standard U-bolts as pipe restraints. Here are some common ones:

Standard U-bolts aren’t the most complex type of pipe restraint. However, their simplicity makes them an asset. Here are some advantages to using standard U-bolts:

How to Install Standard U-Bolts

Here’s how to set up a standard U-bolt when you’re using it as a pipe restraint:

For its size and ease of installation, the U-bolt definitely pulls its weight. However, if you’re working with heavy pipes and strong vibrations, you probably will want to use a more heavy-duty type of pipe restraint.

It’s also a good idea to note that standard U-bolts aren’t equipped to isolate piping on their own. Without liners, they’ll rub directly against the piping. This could wear on the piping or cause metal-on-metal corrosion if you’re not careful, which means it’s smart to pay attention to what materials you choose and to pair them with friction-reducing liners.

At their core, U-bolts are solid. In fact, they’re usually made of carbon steel, 304 stainless steel, or 316 stainless steel. Not all steels have the same benefits. Here’s a rundown of each:

Carbon steel is an iron-based metal that’s known for its strength. However, because it can be corrosive on its own, it’s a good idea to pair it with a protective coating or insulation.

Stainless steel brings the addition of chromium, which adds an extra shine and naturally protects against oxidation. That means it isn’t susceptible to iron oxide, or rust, the way carbon steel is when it’s on its own.

On top of those core metals, you can also add coatings to protect bolts and the pipes they come in contact with. Here are some common finishing options:

Because ProTek U-Bolts have a low coefficient of friction, they let piping move naturally. This is important if the piping is prone to a fair amount of movement or vibrations. Rather than pinning the restraint against the pipe, the pipe can move through the bolt more fluently.

The coating also acts as an insulator, which means there is a protective buffer between the metal of the piping and the bolt’s metal. This allows for more metal combinations without the concern of galvanic corrosion.

How to Install ProTek U-Bolts

Here’s how to install a ProTek U-Bolt when you’re using it as a guide:

Where to Get U-Bolts and More

Hopefully, this guide to standard U-bolts and ProTek U-Bolts helps you decide on the best restraint for your next project. Wondering where to get your hands on quality U-bolts? We have customizable options for both types. Send us a note here for a quote.