How to Use Pipe Anchors and Guides 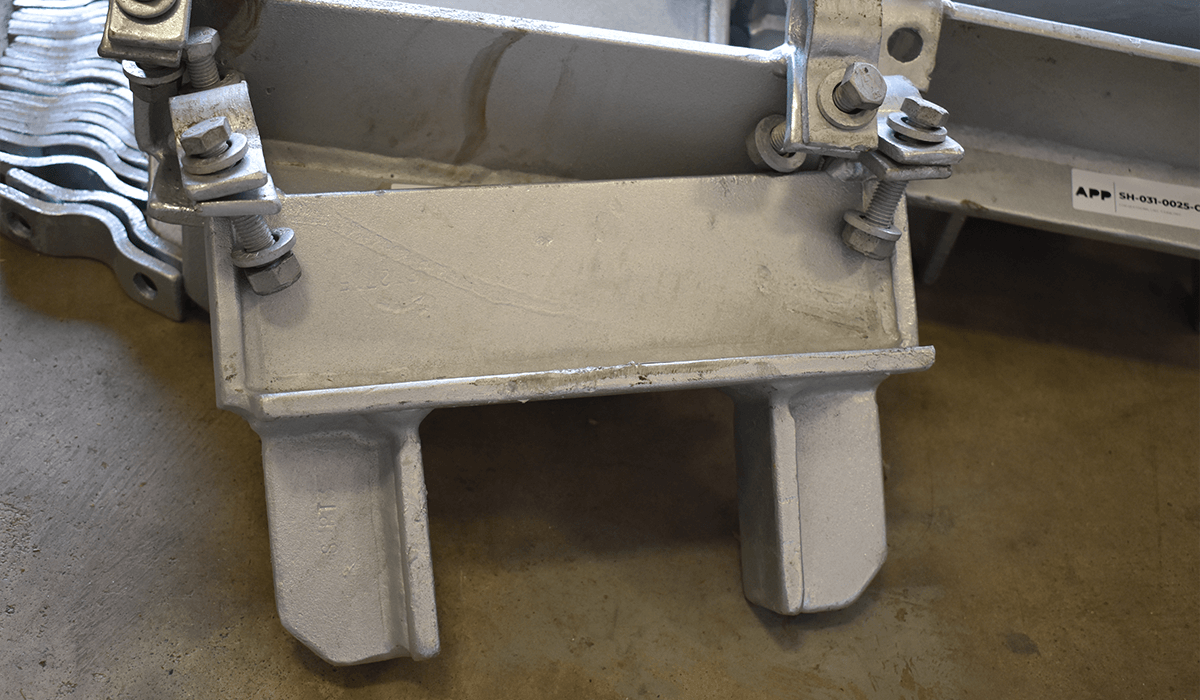 Want to add more support to your piping system? Anchors and guides could be the workhorses you’re looking for. These pipe supports are built to solidify pipes, control movement, and lengthen the lifespan of your piping system.

What’s the Difference Between Pipe Anchors and Guides?

Pipe anchors and pipe guides are easily confused. And rightfully so. In many cases, you may have the same or similar products that are designed to act in either role, depending on how you set them up.

So what’s the difference between pipe anchors and pipe guides?

Pipe anchors stop pipe movement in three dimensions and anchor your pipe to a spot. Guides, on the other hand, generally restrict movement in a controlled way. Here’s a bit more detail on these two types of pipe supports:

What is a pipe anchor?

Broadly speaking, pipe anchors should keep your pipes stable and situated. However, there are two types of pipe anchors that fit within this category: fixed pipe anchors and directional pipe anchors.

As you may have guessed, fixed pipe anchors fasten your pipe to a stable spot. The goal here is to keep the pipe from moving up, down, and sideways. In many cases, you can create a fixed pipe anchor by welding your support directly to your pipe. Another common way to create these stabilizers is to install a stanchion.

In many instances, you can use pipe restraints as directional pipe anchors. For instance, if you need to stop a pipe from hopping up and down, but you want it to move axially, you may want to use a heavy-duty hold down clamp, such as APP’s VibraTek Hold Down Clamps. These pipe supports clamp down on the pipe, stopping it from moving up and down or side to side. At the same time, hold down clamps still allow pipes to move incrementally along its axis—helping to avoid point-loading or friction damage.

What is a pipe guide?

One solid example of a pipe guide is the ProTek U-Bolt. These U-bolts keep the pipe from moving up and down or side to side, but they’re coated with a thermoplastic casing that encourages the pipe to slide through.

How to Use a Pipe Anchor

If you want to get the most out of pipe anchors, it is best to use them to fight movement. Motion can be a destructive force within your piping system. When used right, pipe anchors can stabilize your pipes and keep them from wobbling, vibrating, or slamming into surrounding objects. Here are a few ways to use pipe anchors to avoid destructive movement and improve piping performance:

Even if your pipes appear to be stable, heat transfer can cause them to shift. When temperatures change and heat escapes from inside pipes, it causes thermal expansion. That can cause heavy pipes to move, scrape against surrounding objects, and even collide with other structures. When installing pipe anchors, make sure you’re accounting for thermal expansion. In some cases, you can reduce motion and energy escape by installing pipe anchors with non-metallic liners or by pairing them with composite isolators.

Especially in systems with heavy vibrations, such as those that are fed by reciprocating compressors, reverberating pipes can beat down both pipes and surrounding surfaces. When these vibrations rumble through pipes, it can cause pipes to hammer against hard surfaces. In turn, your pipe’s surfaces can chip away and even collapse. As you’re mapping out a plan for your pipe anchors, be sure to account for vibrations. For instance, you can use pipe anchors, such as VibraTek Hold Down Clamps, to absorb vibrations and secure your pipe at the same time.

Your pipes have liquids rushing through them, and that means energy is surging along with those liquids. When that energy hits joints or places where pipe runs change direction, it can pressure your pipes to move as well. Be sure to account for this movement as you’re installing pipe anchors. To stabilize those vulnerable spots, you may want to add extra pipe supports at elbows or joints, such as trunnions or dummy legs.

How to Use a Pipe Guide

To get more out of pipe guides, you’ll still want to focus on fighting off unwanted movement, but it is also important to encourage positive motion. In some instances, keeping pipes fully fixed to a spot can lead to worse damage for the pipe or guide. Here are some ways to use pipe guides to bring out the best in your piping system:

You can keep pipes stronger longer by installing pipe guides in a way that prevents your pipes from bouncing or hitting other objects, while reducing friction damage at the same time. For instance, APP’s Hold Down Straps can be equipped with a liner that absorbs vibrations and protects the surface of your pipes. Unprotected, your pipe’s metal could scrape against the metal of your restraint and wear down. However, with this extra lining cushion, your pipe is free to move axially without rubbing against surrounding metal and wearing down. As you’re using pipe guides, be sure to focus on potential friction points and use supports to ease stress.

Any time you’re installing pipe guides, keep corrosion in mind. In some cases, if you use a bare metal pipe support to completely restrict the movement of a pipe, it can slice into the pipe’s surface or cause small abrasions. These damaged areas are prime territory for microbes to slip in, start corroding the pipe, and spread. This is where pipe guides such as ProTek U-Bolts can encourage natural motion, lower the coefficient of friction, and stop corrosive elements from finding a home.

Especially when your pipes are exposed to heavy vibrations or movement, simply pinning them against a structure can cause damage. These instances of focused restraint can cause point loading, where the pressure from movement becomes concentrated on a single spot. In these cases, the restraint can cut into your pipe and ultimately cause ruptures. That’s why it is important to use guides to help distribute pressure. To avoid ruptures, identify points in your system where you can use guides to encourage natural, axial pipe movement.

How to Choose the Perfect Pipe Anchors and Guides

Ready to start picking out that perfect pipe anchor or guide for your piping system? There are a few ways to choose pipe supports that will last longer, strengthen your system, and help you save on long-term costs. Here are some things to keep in mind if you want to find the best pipe anchors and guides for your system:

In addition to choosing pipe supports that are made up of high-quality materials, it is important to think about how those materials are getting along with your pipe’s surfaces. For instance, it is best to avoid matching up dissimilar metals because those combinations can cause galvanic corrosion. You can avoid metal-to-metal corrosion by reinforcing metallic pipe guides or anchors with galvanizing, non-metallic buffers or linings.

In the case of anchors, it is a good idea to identify those points that may be vulnerable to corrosion under insulation and try to make sure there’s a way to get to susceptible areas when you need to conduct maintenance. This is a major advantage of using bolted anchors that you can remove or adjust.

Learn All the Tricks to Enhancing Your Piping System

Pipe anchors and guides can help you control pipe movement and reinforce your piping system. And there are more pipe restraints that can drive pipe performance higher and save you money in the long run. Want to learn the ins and outs of pipe restraints and discover exactly how they can improve your system? Read our Complete Guide to Pipe Restraints.